Strictly speaking, they don’t really look like the typical beauty ideal that the media likes to present. And despite that the women and men in this calender are breathtakingly beautiful. Their age differs. Their origin differs. Their skin color differs. And yet they have something in common. In a certain way they all lived a similar life. For this special calender project they all ventured in front of the camera. It’s the fith calender of this kind. He’s called Beautifulcurvy calender. The  Initiator is Barbara Christmann, former fashion editor and correspondent of different international magazines.

The pictures were done by fashion photographer Stefan Bidini. He supports this project since the first edition. The models, too, supported the project with body and soul. The aim is to reach as many people as possible, especially younger generations, to help gain more self-love and acceptance. Maybe that’s why a lot of the supporting models are mothers themselves.

Two men and 29 women can be found in the calender. One of them is Paola Torrente. She won the second place of an italian miss-competition and was therefore selected as cover model.

You can download the calender for free online. The printed version costs only 10 Euro plus dispatch. 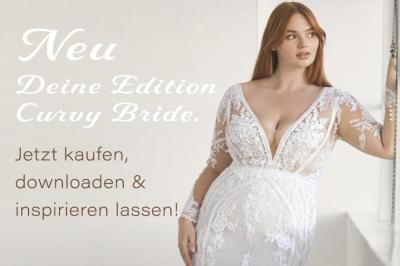